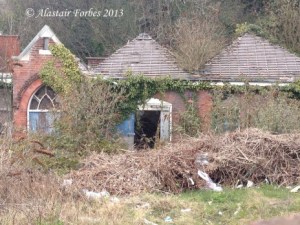 Anita heard from her classmate, Farhaz, after seven years. He told her that he had arranged a party in his house to celebrate his engagement. He had also invited their other friends. Anita was thrilled; for her betrothal was just a couple of days away. Farhaz was dating Vinita, their classmate. But, sadly, she passed away from a terminal illness. Farhaz had become very withdrawn after her death and did not stay in touch with anyone from college.

It is a good thing that he is starting a new life, thought Anita. She asked her boyfriend to accompany her, but he refused as he did not know any of her classmates.

Anita saw a house among bushes. Had Farhaz fallen into hard times? Anita had walked a long distance and was tired. The door gave way when she knocked. No one had turned up for the party as yet.

“Hi, Anita.  I am Farhaz’s fiancée” said a female voice. Anita looked up at the familiar voice and froze in shock. It was Vinita. How was it possible? She felt giddy as Farhaz emerged from the other room. There was an inhuman glow in his eyes.

Anita had two final human thoughts: Why had they chosen her? At least, her boyfriend had mercifully escaped.